The U.S. space agency NASA released the first images of the asteroid is expected to pass tomorrow to just 27, 860 kilometers from Earth, the closest approximation of a cosmic object registered hazardous to our planet. 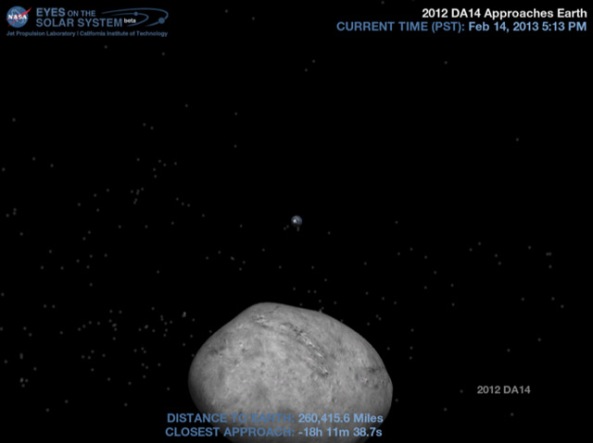 Asterroid on collision course with Earth will miss by 28K miles

On its Web site, NASA posted a animated sequence in black and white made up of three images that you can see the path of the asteroid when it is still 748,000 miles from Earth.

The sequence was created by astronomers Remanzacco Observatory in Italy, from photos taken by remote control by the Faulkes Telescope South at Siding Springs (Australia), according to the space agency.

The asteroid was detected by amateur astronomers affiliated Sagra Observatory (Mallorca, Spain) a year ago, when it was at 4.3 million kilometers from Earth, and the planet is approaching 28,100 kilometers per hour.

The space rock, the size of half a football field, is so opaque that astronomers can only observe its trajectory in the infrared range of the spectrum which reflects the sun’s heat

Erkki Tuomioja, Finland’s foreign minister told the Daily Telegraph that European leaders must prepare for an impending rupture of the euro zone. Tuomioja said he should be ready with an operational plan for any eventuality 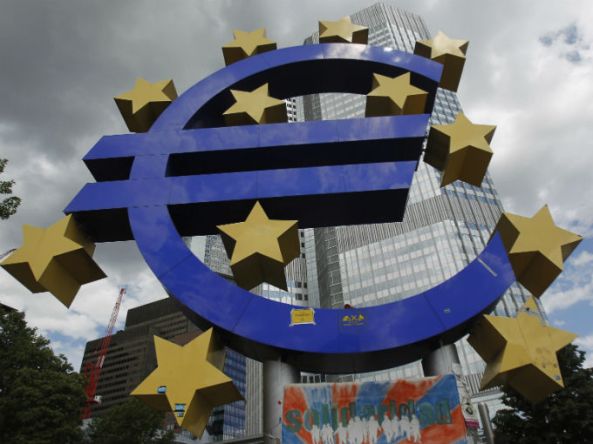 Europe must prepare for the breakdown of the euro: Finland

“There are no rules on how to leave the euro, but it’s only a matter of time. Or the south or north will fall, because the currency is causing misery for millions of people and destroying the future of Europe “Tuomioja said.

“It’s a total catastrophe. We will run out of money in the way we are going. But nobody wants Euroapa to be the first to abandon the euro and bear all the blame.”

The Minister of Finland, one of four euro zone countries rated “AAA” said the euro could break before a stronger European Union.

“It’s not something anyone wants in Finland, let alone the government. But we must be prepared. The breakdown of the euro is not the end of the European Union. This could work better with the European Union “he said.

Finland, which has veto power could use it to block new rescue measures and insisted on the guarantee of both Greece and Spain in exchange for bailout loans. 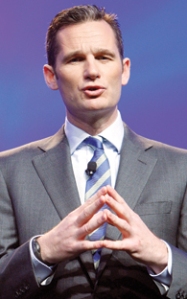 Duke of Palma accused of Corruption

MADRID, Dec. 30 .- Iñaki Urdangarin, son of King Juan Carlos of Spain, was charged yesterday in a corruption case for alleged irregularities by seizing public and private funds through Nóos Institute, a nonprofit foundation that I and chaired between 2004 and 2006.

Urdangarin, Duke of Palma, 43, is the husband of the Infanta Cristina, the youngest daughter of the Spanish monarch, marriage who currently resides with her four children in Washington, USA.

Spanish Judge José Castro, instructor of the case “Palma Arena” quoted for the February 6 as a defendant to Urdangarin, becoming the only member of the Royal Family investigated by a judge, legal sources said.

This decision comes after the completion of the steps and lifted the gag order, and after the Anticorruption Prosecutor Balearic pointed to a “corporate lattice” fabric Urdangarin allegedly by Diego Torres and his partner to take over public and private funds received Noosa.

The High Court of Justice of the Balearic Islands (TSJIB) Urdangarin confirmed the subpoena to testify in court on February 6, 2012.

Castro The judge will ask about the business conducted in the Spanish region of Balearic Islands and Valencia, for which “has been the recipient of public funds,” the car.

You will be asked on the implementation of the agreement with both regional governments, accountability carried out as well as by people who have participated in the facts or have received them, the fate of public funds and its treatment prosecutor, detailing the judge.

Urdangarin must go in person to the Court of Instruction No. 3 of Palma de Mallorca to testify about their activities at the Institute Nóos having been summoned as a defendant, since the law only provides the possibility to declare in writing to the witnesses.

Thus, the lawyer Mario Pascual Vives, who acts as spokesman for Urdangarin, said his client is “absolutely innocent” and now, once charged, will have the opportunity to “start defending their” honor.

The case on Nóos Institute, which police called Babel operation and management of which was investigated by the Royal House itself, began to rebound out its activities in the summary of the case “Palma Arena”.

This research is educated for years by Judge Castro about numerous cases of alleged corruption detected during the Baleares government of former President Jaume Matas.

The research takes place mainly by 1.2 million Nóos charged by the organization of the Balearic Islands Forum , a conference on tourism and sport, in 2005 and 2006.

The Royal House of Spain said yesterday that there is no comment to make regarding the allocation of Iñaki Urdangarin, son of King Juan Carlos, in a corruption case and referred to its position of respect for judicial decisions.

Spanish judge José Castro, instructor Palma Arena case cited for the February 6 as a defendant the Duke of Palma, Urdangarin, after lifting the gag investigation for alleged irregularities in the Nóos Institute.

The Spanish Royal House reiterates its position of respect for judicial proceedings, which holds since two months ago, began to appear the first reports linking the husband of the Infanta Cristina, the youngest daughter of the monarch, with the case “Palma Arena “.

Legal sources reported the allegation, which occurs upon completion of the proceedings and after the Balearic Anticorruption Prosecutor pointed to an alleged “corporate network” allegedly Urdangarin tissue