Now, the American President is being called “King Obama,” have I missed something? Has the USA become a Monarchy in the last month or two? Has he raised himself to the position of KING, without the approval of the Nation or  Congress. Yet, everything is conceivable in the USA, when Americans place themselves at the pinnacle of Human Power.

As the ICC puts out a warrant for one world leader — Libya’s Muammar Gaddafi — some US lawmakers are beginning to feel like President Barack Obama is becoming a bit of a monarch himself and less of the voice of the people that elected him. When a man becomes delusional with self appointment, he needs to pay a  visit to the psychiatric ward at Bellevue, Located on First Avenue in the Kips Bay neighborhood of Manhattan, New York City, the facility’s name is well-known to people elsewhere from the many literary, film and television references, where “Bellevue” almost always refers to the hospital’s psychiatric facilities. 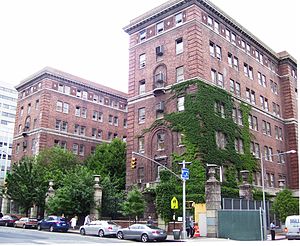 In front of Congress this week, James E. Risch (R-ID) recalled then-Senator Barack Obama discussing the lack of power the president has to go to war without Congressional approval. “The President does not have power under the Constitution to unilaterally authorize a military attack in a situation that does not involve stopping an actual or imminent threat to the nation,” he quoted Obama. To White House officials, Risch asked, “Can you give me a simple answer, is that still his position?” With the White House saying that the Libyan mission is not in fact a war, they argue that President Obama is not in violation with the War Powers Resolution that would prohibit him from mobilizing military forces near Gaddafi’s regime.

Vijay Prashad, director of International Studies at Trinity College, says this isn’t okay at all. The idea that the White House is calling this a “limited engagement is absurd,” he says, and not only is the president violating the War Powers Resolution, but he has disregarded terms established by the UN as well. “None of this is actually making sense,” says Prashad.

While he disagrees with the White House’s stance, Prashad says this isn’t “an Obama problem,” and notes that presidents have acted similarly for decades now. “If the US had properly gone to war in Afghanistan, than it may not have been so unclear about the legalities of killing Osama bin Laden,” he says. Prashad claims that the US has improperly gone to war several times over the last 20 years, with commanders in chief leading troops into battle without Congressional approval ever since the Korean conflict.

“This is where you say 20/20 hindsight is actually something we should have at our benefit,” says Prashad. He argues that we should learn something from the Bush administration. After all, he says, “ if  it didn’t work out so well in Iraq,” why would it work now? “Look at history and say this is a reason not to do it again,” he says.